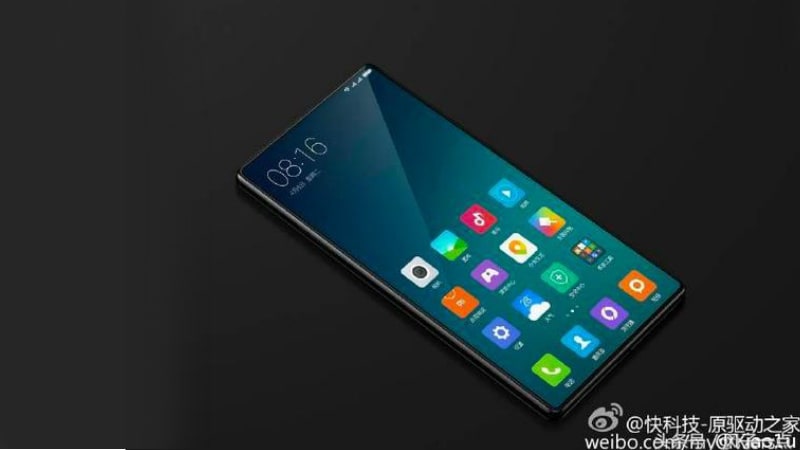 Xiaomi has scheduled an event in China on October 25, where it is expected to announce the Mi Note 2 smartphone. The company is finally unveiling the smartphone after many leaks and speculations about the launch. Additionally, the latest leak hints that the Mi Note 2 will have an all top display, with no sensors or front camera on top, giving it a very different look from the current models in the market, but no dual-edge display as rumoured earlier.

Xiaomi is hosting an event in China at the Peking University Gymnasium on October 25, where it is likely to launch the Mi Note successor. Xiaomi has also announced that Hong Kong-based actor Tony Leung will be the host for the event.

Separately, a few photos of the Xiaomi Mi Note 2 have been leaked on Weibo, which show that the Xiaomi Mi Note 2 will have very thin bezel on all four sides. The bottom chin usually used for navigation buttons, and the top part used for front camera as well as sensors is not seen in these images, and the Mi Note 2 instead sports an edge-to-edge display. The images also show the smartphone running MIUI OS, adding more credibility.

This images contradict previous leaks that speculated the Mi Note 2 will come with a dual-edge display. However, the leaked images only show the smartphone from the front, hence the dual camera setup rumour leaked recently could still be true.

The Mi Note 2 was expected to arrive on several occasions throughout the latter part of the year, the latest one being September 14, but the launch hasn’t happened yet. We were about to give up hope, when CEO Lei Jun himself reignited launch expectations by saying that the Mi Note 2 will “have a surprise” whenever it launches. However, Xiaomi is now finally looking to put all rumours to rest on October 25.

As mentioned, the Mi Note 2 has been leaked on several occasions revealing key specifications. The smartphone is said to be powered by a Snapdragon 821 SoC, and pack a 3600mAh battery. It’s anticipated to sport two speaker grilles at the bottom, and have a fingerprint sensor at the front. Lastly, the Mi Note 2 is expected to come in 6GB RAM/ 64GB storage and 6GB RAM/ 128GB storage bundles and be priced at CNY 2,499 (roughly Rs. 25,000) and CNY 2,799 (roughly Rs. 28,000) respectively.