admin April 9, 2016 Food Comments Off on This is How Pollutants Are Affecting the Quality of Fish and Your Health 854 Views

Fish that contain environmental pollutants may harm people who eat them by preventing the human body from doing its natural job of flushing out toxins, researchers have found. The study in the journal Science Advances examined 10 persistent organic pollutants (POPs), including the pesticide DDT and industrial chemicals such as flame retardants, found in yellow fin tuna and human blood and urine.

All 10 pollutants studied interfered with the effectiveness of a key protein in humans and animals, known as P-gp, which expels foreign chemicals from the body. One chemical used to make flame retardants in upholstery and plastics, known as PBDE-100, was found for the first time to bind itself to the crucial protein and prevent it from doing its defensive job. 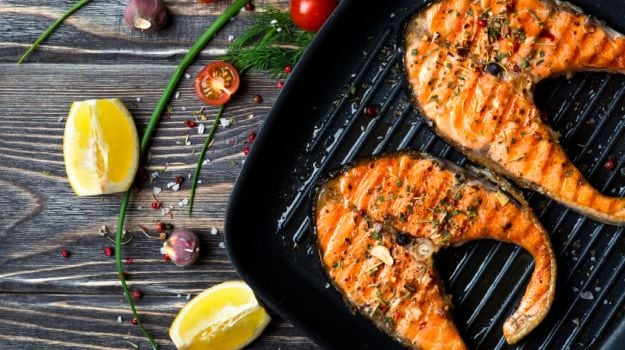 “When we eat contaminated fish, we could be reducing the effectiveness of this criticaldefense system in our bodies,” said lead author Amro Hamdoun of the Marine Biology Research Division at the Scripps Institution of Oceanography at the University of California, San Diego.

Babies are particularly vulnerable to pollutants in fish, which they may ingest via breast milk even if they are not eating solid food yet because they have low amounts of the protective P-gp protein, the study said. The US Food and Drug Administration currently recommends that pharmaceuticals be tested to see whether they impede the body’s natural defense system. Researchers urged authorities to do the same for pollutants that can make their way into fish.

“It’s unsettling to find that all of the tested persistent environmental pollutants interfered with the P-gp protein’s ability to protect cells,” said Jacob James, managing director of the Waitt Foundation, which funded the study. “We are the only species that can influence entire food chains and habitats, we must act more responsibly in the design and use of chemicals in our environment.”