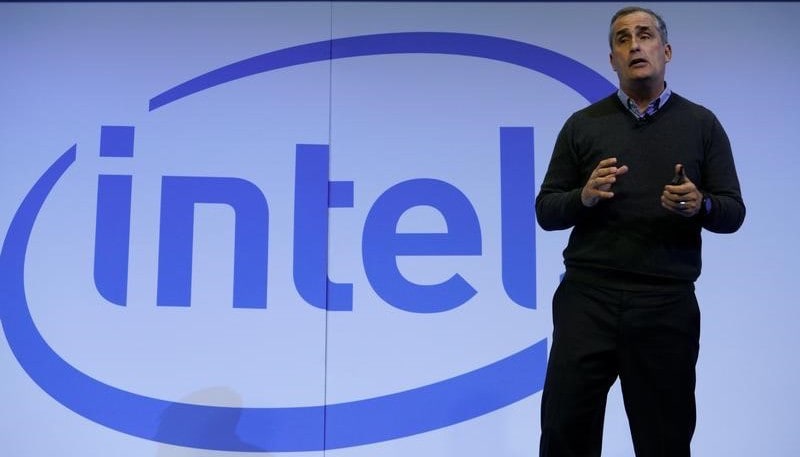 Intel has unveiled its new XMM7650 modem with download speeds of 1Gbps and support for CDMA, which means that it can be used in all of this year’s iPhone models. Separately, Intel has also formed the 5G Innovators Initiative (5GI2) with partners Ericsson, General Electric, Honeywell, and the University of California Berkeley to works towards accelerating the adoption of 5G wireless and infrastructure.

Intel’s XMM7650 Gigabit LTE modem offers upload speeds up to 225Mbps. It is also the first LTE modem to be manufactured on company’s 14nm process. “The Intel XMM 7560 modem supports 5x carrier aggregation for downlink up to 100 MHz combined bandwidth, and 3x for uplink up to 60 MHz for high-speed data services. With the additional support of 4×4 MIMO and 256QAM, it’s not just fast, it’s agile – opening new opportunities to deliver gigabit data rates to customers, while simultaneously creating network efficiencies,” the company said in its release.

The new modem is being seen as a direct competitor to Qualcomm’s Snapdragon X16 (also offers Gigabit LTE speeds) and as things are not going well between Apple and Qualcomm currently, Intel’s XMM7650 might land up on all of this year’s iPhone models.

Apple’s iPhone 7 models sold on AT&T and T-Mobile mobile carriers already use Intel modems but notably lack CDMA support, notes PC Mag. The Cupertino-based company has been using Qualcomm’s modems on Verizon and Sprint models of iPhone 7 due to the CDMA support but as the newly unveiled Intel modem sports the feature, it is likely that the company might opt to go for one standard model with Intel modems for this year’s iPhones.

The Cupertino-based company recently sued Qualcomm in China by accusing the latter of abusing its control over essential technology in order to charge excessive licensing fees. This might further act as a catalyst for Apple to move entirely to Intel for modems used on its iPhones.

Separately, Intel has announced that the company’s 5GI2 initiative for accelerating adoption of 5G wireless and infrastructure in the US will first focus on the Industrial Internet of Things (IIOT) and “develop pilots for application of technologies including augmented and virtual reality for first responder drone surveillance of hazardous environments and other uses.”

Later, participants from other sectors are also expected to join in and Intel says that 5G will enable societal improvements in other areas such as autonomous driving, smart and connected cities, health care and media.